In some cases certain larger tables can contain record count that is over 500.000 records. When that is the case, we face some limitations in the Dual Write initial sync scenarios.

In order to bypass this we recommend a way to accomplish this in a relatively simple way.

In this case we will be dealing with A365 Devices. The table, A365Device contains more than 1.7 million records. In this case the records have been copied from the AMDeviceMasterTable to the A365Device. When dealing with standard MS tables you would just enter the appropriate table e.g. CustTable.

Step 1: Get smallest and largest RecId to figure out the number of records

Enter the table in question in Table browser mode.

To achieve this past this text after the &mi in the URL, such as mi=SysTableBrowser&TableName=A365Device

Go to the RecId field that is the last column in the table. Press it and sort the records from smallest to largest. Copy the Recid value and paste it somewhere.

See screenshot 3 below for further details.

After storing the smallest RecId do the same but now sort by Largest to smallest.

Copy the Recid value and paste it somewhere.

The most simple way to filter the records is to use the RecId to filter on. To achive this we take the smallest RecId we retrieved in Step 1 and we subtract 1 to include the first one.

To set the RecId range we can use the Calculator to get the next RecId. 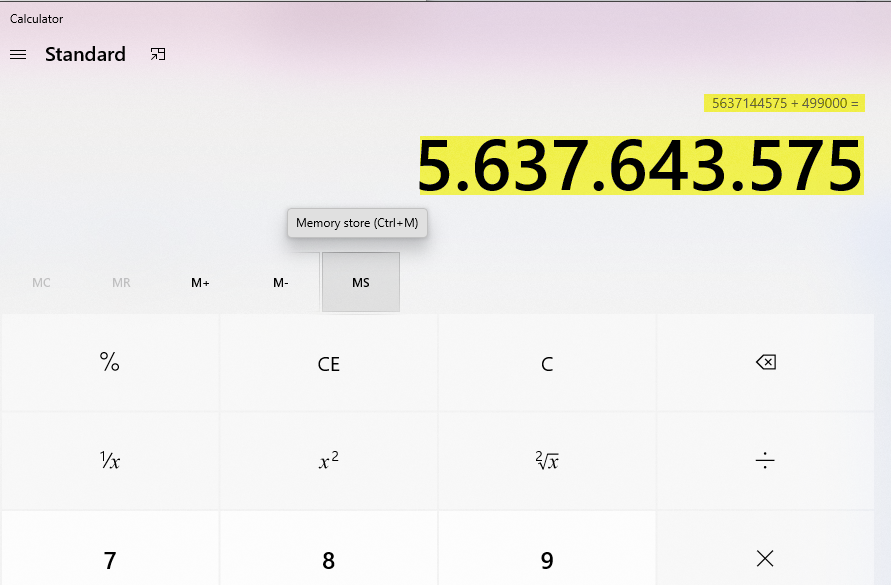 To apply the values to the filter, go to the mapping in question and press the Filter icon on the Finance and Operation apps. TableName (see screenshot  6 below)

Then apply the rec id values, mentioned above, to the filter. 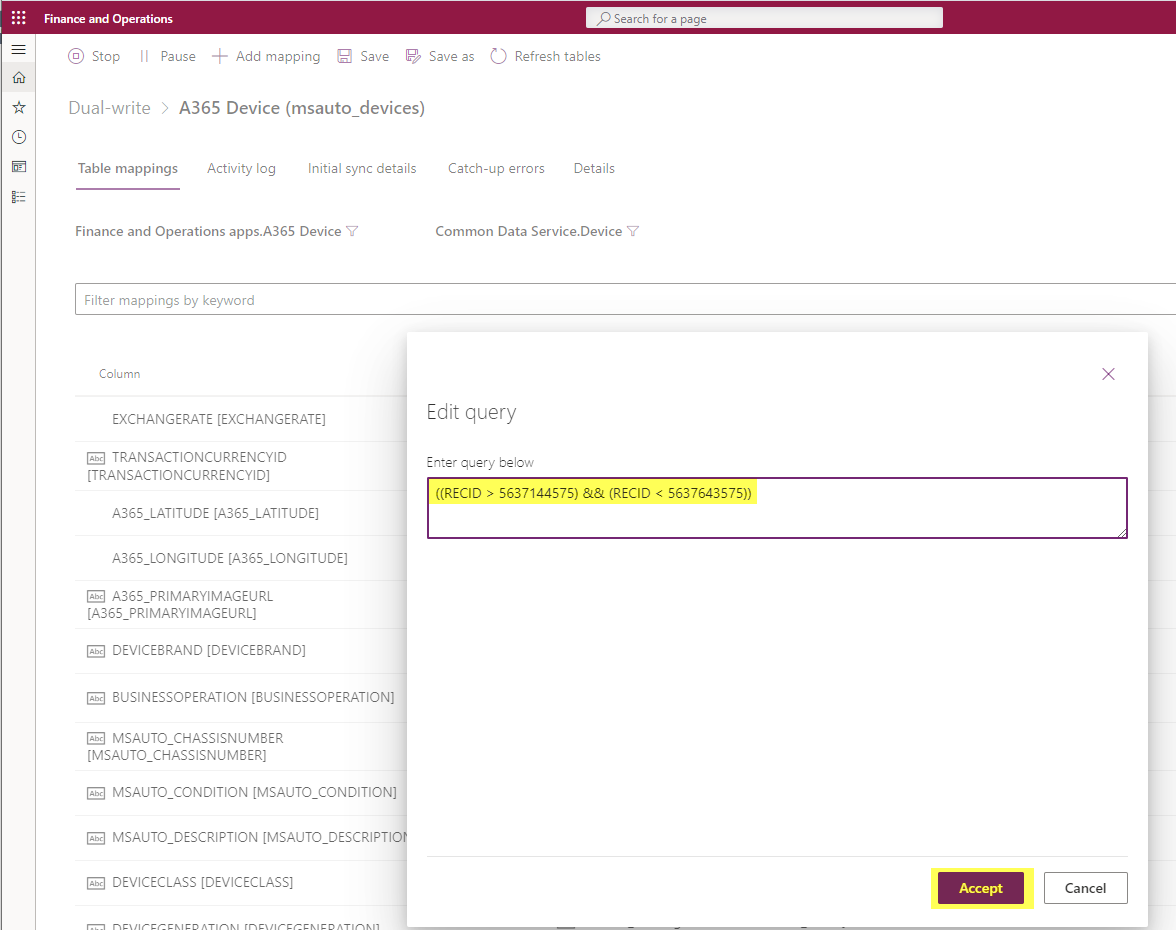 IMPORTANT: After pressing the Accept button above it's very important to Save the mapping. 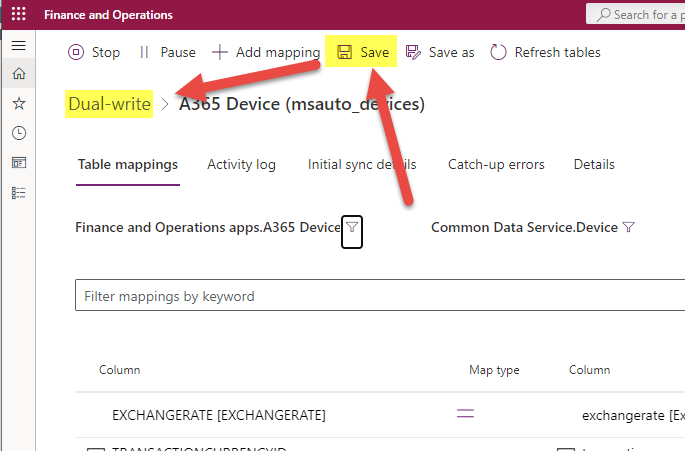 In the mapping list, find the appropriate mapping and press Run.

Make sure to select initial sync and select Finance and Operations apps as the Master for initial sync.

When the first run has finished, the same procedure that was done in Step 2 needs to be performed as many times as needed in order to move all the records between F&O and CE.

This needs to be performed as many time as needed (until all records have been moved between F&O and CE).

This is the procedure that could serve as a template on how to accomplish a similar scenario.

These are the query filters values used in the 4 steps needed to get the 1.7 million records over.

There are two ways to have the system only update from one system to the other.

A more appealing option would be to change the Query filter range on the CDS side in order to block the update back to F&O in this case. To do this, go to the filter sign on the Common Data Service side and set the device number to a value that will never be true (see screenshot below). By doing that we reduce the time that it would take the system to write 1.7 million records back from CE to F&O.